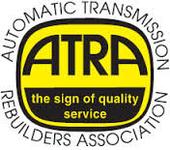 Towing free only with repairs up to 10 miles

Why Is My Check Engine Light On

On some cars it’s called a Check Engine light; others use a Service Engine Soon light. Still others just have a light with a picture of an engine on it. The industry calls it a MIL — Malfunction Indicator Lamp. All scary names for the same thing… something that isn’t scary at all. Basically the light means that the car’s computer has identified a problem in the system that needs attention.

What kind of attention? Professional attention, from a professional technician. It needs to have the computer system scanned and checked to identify any areas that have shifted outside of the normal operating range.
Sounds confusing, but in reality that light is just the computer’s way of telling you to have your car checked. It found a problem — often one that you wouldn’t even notice during normal driving — and it needs to be checked before it becomes serious.

Why does the system need a Check Engine light? Because the more complex the system is, the more it has to help you monitor its performance and diagnose problems. And the computer system on today’s cars is highly complex. So the system is designed to monitor operation and set codes when it identifies a problem.

Most of the time a Check Engine light indicates a problem that’ll increase emissions. And those emissions don’t have to increase much to turn the light on: Today’s cars are designed to run a lot cleaner than those of just a decade ago.
But even if you don’t really care all that much about your car’s environmental impact, a Check Engine light is still something you’ll want to have checked. Keep in mind, anything that increases emissions probably also burns more gas. And at the price of gas today, that’s not something you want to ignore.

Your local ATRA Member shop is equipped with the latest test equipment for diagnosing today’s computer systems. They’ll be happy to scan your car’s computer system and check for any codes stored in memory. And their technicians can examine the circuits and systems to track down any problems, and bring those systems back into proper operating condition.

As with most stories that begin this way, times have changed. Today, when your car’s transmission isn’t shifting right, well, it could be the transmission, but there’s just as good a chance that it’s something else… something seemingly unrelated to the transmission.

For example: You’re driving down the highway. The converter clutch locks up, right on time. Then, suddenly, the car begins to lurch and buck. Bad converter clutch, right?

Maybe. Maybe not. It could also be a problem in the converter clutch solenoid or the solenoid control circuit, opening and closing erratically. Then again, you could have a bad spark plug.

Wait, a bad spark plug? How would that cause the car to buck when the converter clutch comes on?

Actually, the situation is more common than you’d think. When the computer applies the converter clutch, it also leans out the air/fuel mixture, because it thinks you’re approaching cruise levels. And, with the transmission locked to the engine, the converter clutch increases the load on the engine, while eliminating any cushion between the two.

So, if a spark plug is worn, the extra load, combined with the leaner mixture can degrade the spark, causing an intermittent misfire. And since there’s no cushion between the engine and transmission, you feel every misfire through the entire car. Replacing the spark plugs eliminates the misfire, and improves the car’s performance.

This is just one example of how a seemingly unrelated condition can appear to be a transmission problem.

How can you identify the actual cause of the problem? You can’t. Not yourself, anyway. This is where an experienced technician comes in. The technician knows where to look for problems of this nature, and is equipped to isolate and pinpoint the root cause of those problems.

It’s also why you need to expect to pay for diagnosing those problems. Because very often, finding the source of that buck or slip is the most demanding part of the job. And in the case of the faulty spark plug, the diagnosis is what takes the most time. It just doesn’t make sense to expect the technician to supply his knowledge and experience without getting paid.

It’s also another reason why it’s so important to let the shop know exactly what you’re experiencing, without trying to diagnose the problem yourself. If you brought that car into the shop and asked for a transmission repair, you might have found yourself paying for work you didn’t really need. Because if the technician doesn’t know there’s a problem, he won’t be able to diagnose it for you.

Your local ATRA Member shop is equipped with all of the tools, training, and technical support necessary to identify the root cause of your car’s problems, and will be happy to help identify and correct those problems as quickly and inexpensively as possible. You just have to meet him half way, by explaining the condition instead of trying to diagnose it yourself. 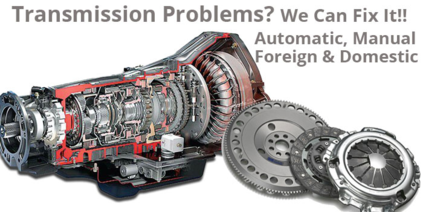 What Is a Transmission

Your car's transmission is the most complicated and least understood major component in your car or truck. In today’s cars, the transmission is a combination of sophisticated hydraulics and computer-controlled electronic components.

Automatic Transmission
No one component in your car has more going on inside than your automatic transmission.

The transmission is a mechanical component designed to transmit power from a vehicle’s engine to the drive axle, which makes the wheels drive the vehicle.

By varying the gear ratio, the transmission alters the levels of power and speed to the wheels. For example, in low ranges, the transmission provides more power and less speed; in high ranges, just the opposite is true. This reduces the load on the engine, while increasing the vehicle’s speed and fuel economy.

Some vehicles use a clutch to connect and disconnect the transmission to the engine, controlled through a foot pedal next to the brake pedal. These vehicles have a manual transmission. If your car doesn’t have a clutch pedal, it has an automatic transmission.

Standard Transmission
If you have to press a clutch pedal and shift the transmission manually, your car has a manual transmission.

Later model front wheel drive cars also incorporate another major component into the body of the transmission itself: the differential or final drive. These types of transmissions are known as transaxles.

Automatic Transaxle
Many cars today have the final drive incorporated in the transmission, to create a transaxle.

Front wheel drive configuration improves fuel economy and handling, and reduces manufacturing costs. But because of the additional components in the transaxle, it’s generally more expensive to repair than a transmission when it fails.

Why Does Transmission Repair Cost So Much ?

There’s no doubt about it: Transmission repairs can be expensive. But it’s not so much money when you consider what’s involved in the repairs. Today’s automatic transmissions consist of hundreds of individual components. During a major repair, each one is removed, cleaned, and inspected to exacting tolerances. Any worn or damaged parts are repaired or replaced. Then each part is put together into one of many subassemblies. Each subassembly must be adjusted, and tested for proper operation. Then the subassemblies must be assembled into the transmission case, where the adjustment and testing procedure begins all over again. Finally, once the transmission is completely assembled, it has to be reinstalled. If that’s not enough to justify the cost, there’s something else to consider: Virtually all of today’s automatic transmissions are computer controlled. Which means that the transmission’s ability to operate depends on much more than the condition of the transmission itself. Engine problems now can have a dramatic effect on how the transmission operates. All of which boils down to one, inescapable conclusion: Sure, transmission work can be expensive… but, dollar for dollar, it’s one of the best values around. transmission cost 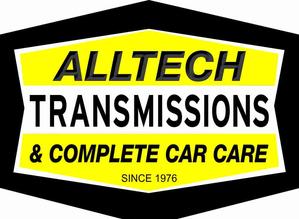